Home The Elysium – The Story

The Elysium – The Story 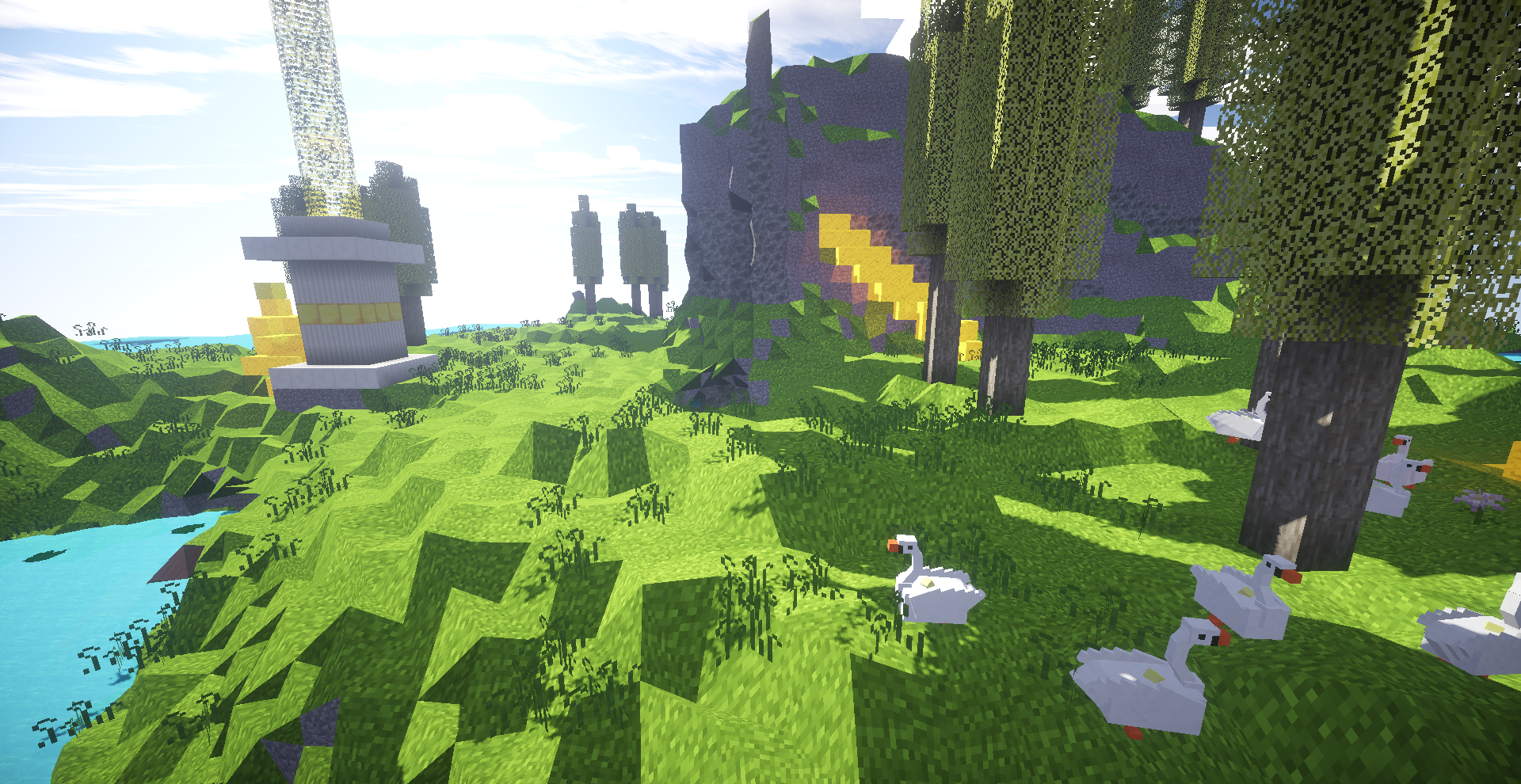 The Elysium dimension is a Greek-themed world loosely based on the Greek Mythology.

The Elysium is a dream world of mine for some time. I’ve been working on it in my free time with friends for a long time. Unfortunately we cannot continue development. I will share everything about it so it won’t exist only in my brain any more.

“Much like our world, Elysium was created by gods as well. At the beginning of time the gods created our world as we know it, the Overworld.

As common knowledge, in our world creatures spawn, they live and then they die. Then they respawn, live and die again… continuing the cycle forever.

After some time, watching this gruesome struggle for survival for ages, they saw it best to reward the most heroic spirits, who keep themselves to golden standards and put themselves into the service of the many, moving forward their age. If only there was a way…

The gods thought it best to reward these brave heroes by breaking them free from the Respawn Cycle, thus freeing them from suffering.

These heroes cannot co-exist with mere humans though for obvious reasons. For this very purpose did they create the world named Elysium with overflowing energy and lush vegetation for them to inhabit and enjoy.” 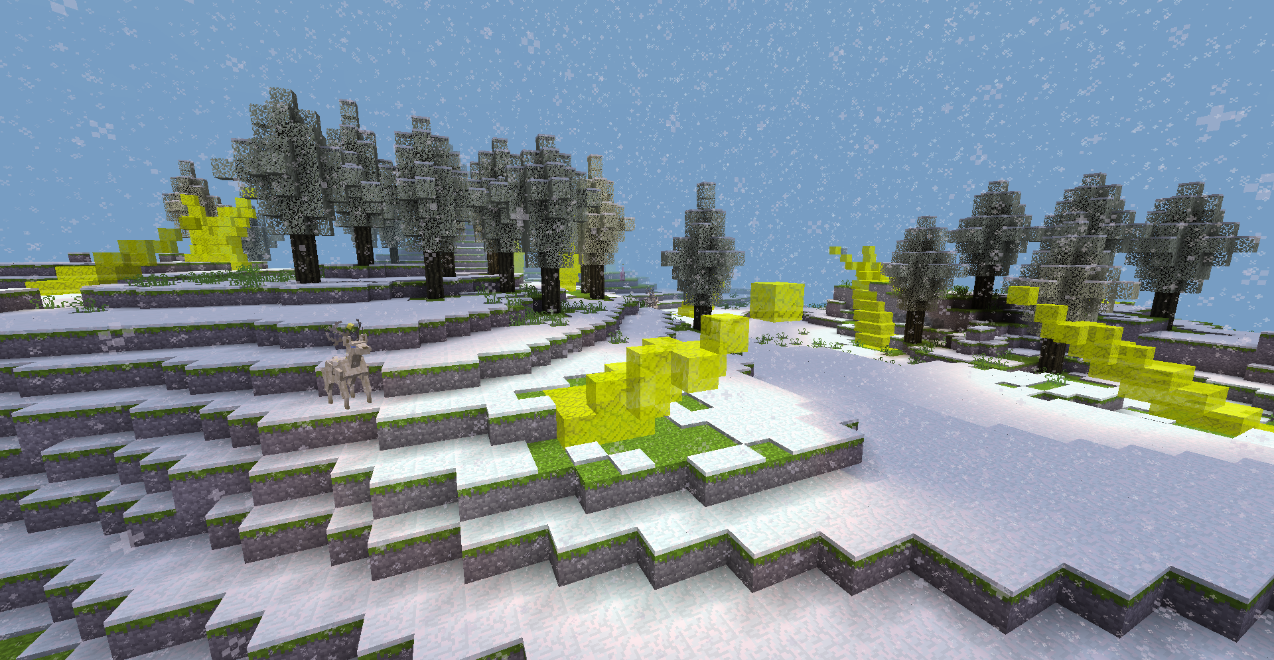 The scenery in this world is scattered with Energy Crystals as you may have noticed. It is the crystallisation of the excess life force. The source of these crystals are Evolved Oyster which there are plenty of in this world. 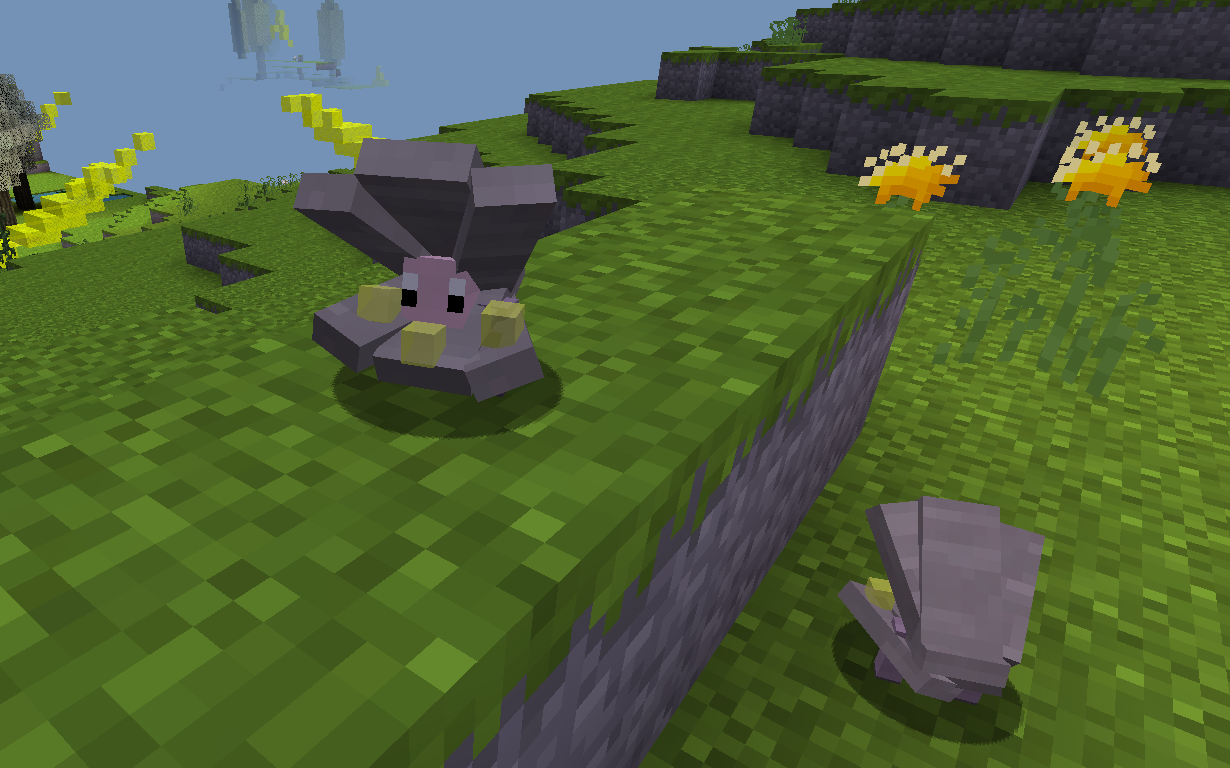 Every living creature has one of these crystals whether visible or hidden. A living body constantly consumes energy from its crystal for protection and regeneration. Once the crystal is depleted the body is discarded and the soul is passed on… 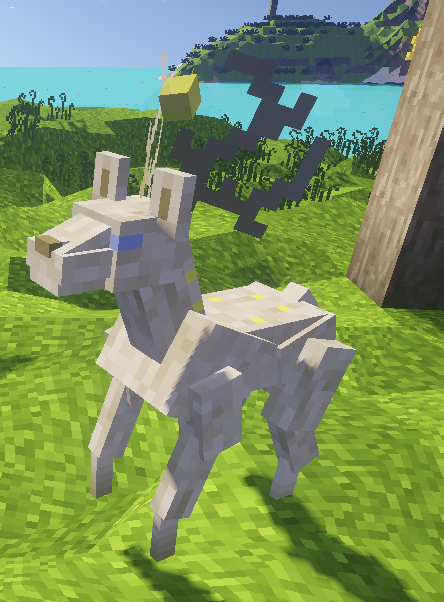 Pink Unicorn in its natural habitat 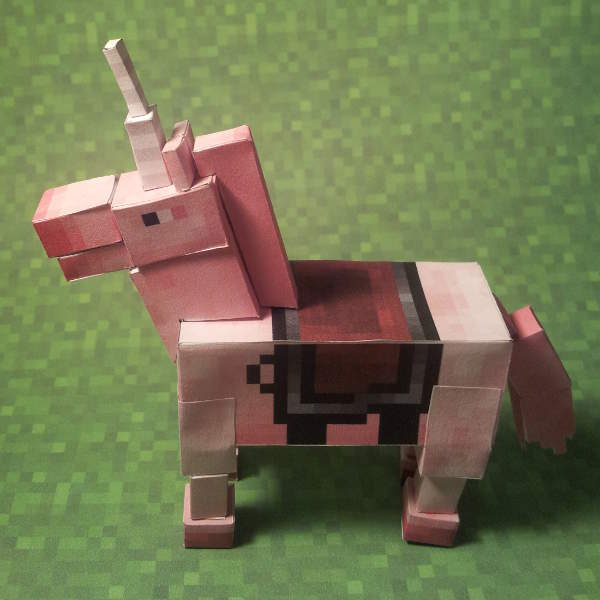 …as the Elysium is scattered with these raw crystals, the living body is consuming them instead of their own making them practically invincible. 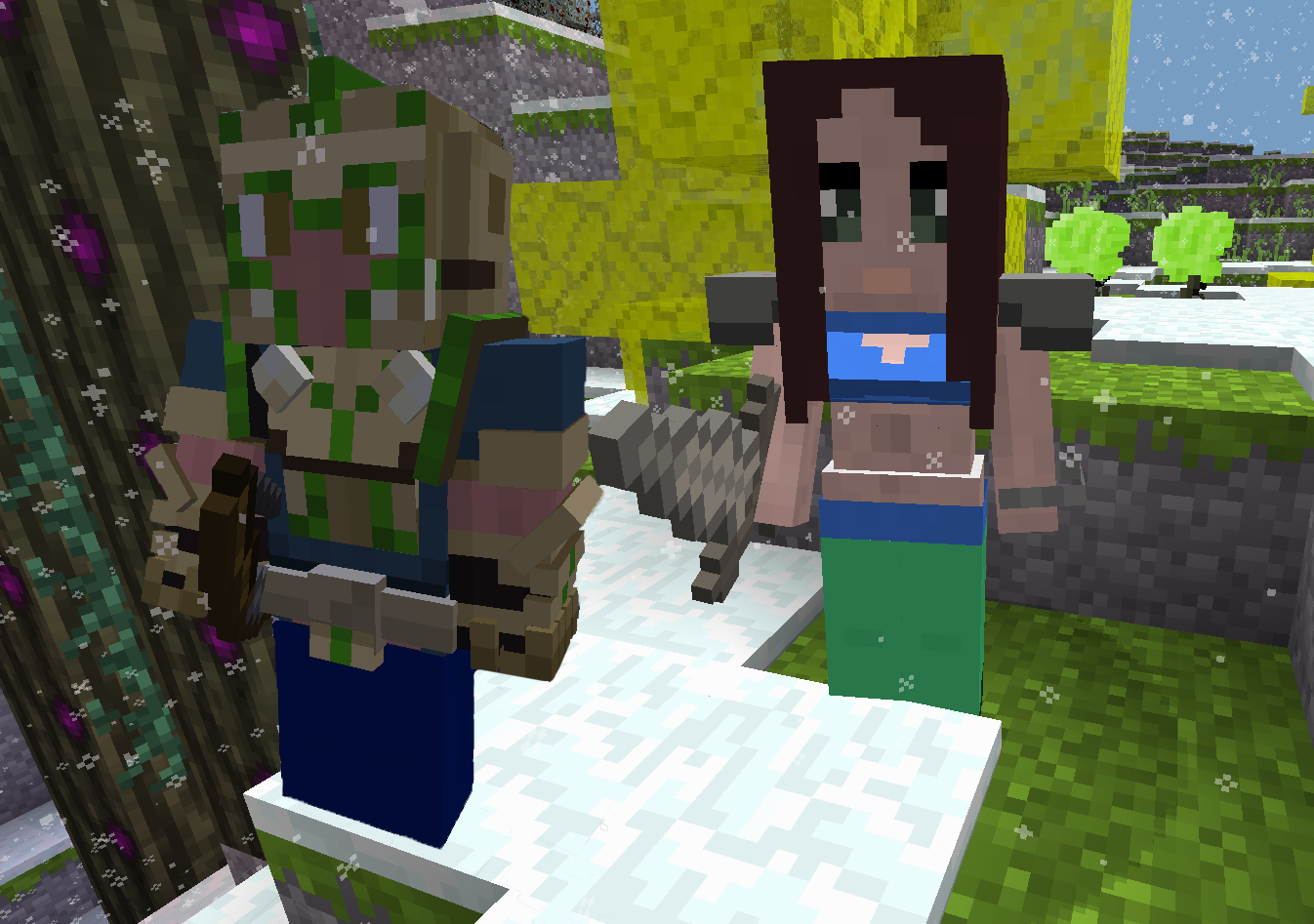 “While creating Elysium, one of the gods, named Pandora, who opposed the idea of the mortals getting this much power and created a challenge for them to see if they are truly worthy.”

“As time passes the gods decide to remove one more group of people from the normal world and so the Nether was created. A place where the worst of the worst will linger for eternity atoning for their sins.”

According to legends this place is located right bellow the heavenly world of Elysium.

Speaking of sins… Life in the Elysium wasn’t always fun either. At first the richness of the resources and the safety of the crystals drive people to explore, to discover. But at the end, without a goal, without a fear of danger, this world is just as pointless as the normal one. How ironic that hell and heaven is so close together yet the intention is the exact opposite.

“Though not everyone was satisfied with their new way of life. They got restless, some from the deprivation of their loved ones, some out of boredom. They started searching… searching for a way out.”

“Long last, a hero named Brian found a box in the depths of the Elysium, at the divide of good and bad, at the entrance of the Nether.

There is one condition for staying there, that is not opening the box… how could they have forgot?”

“As Brian opened the box darkness radiated out of it, invading their bodies and minds. They started feeling stronger and more powerful, but also… more human. This was a long forgotten feeling, unlike the rich energy on the surface this power felt different. It was cold and it brought a insatiable hunger with it. Hunger for power.

In spite of this, with their newfound power they managed to find their back to the mortal world.”

“They couldn’t enjoy their return for long. As their hunger grew they lost control. The curse from Pandora’s box gave them immense power but it also corrupted their core, the energy crystal. Creating a void in their soul which can never be filled. Since the Overworld doesn’t have raw energy crystals laying around, these fallen heroes could only somewhat alleviate their hunger by devouring others.

In the process infecting countless people and animals alike. These mortal beings were not so resistant against the curse and soon their body transformed, some grew wings, long limbs, massive build, but one thing they had in common: their unsatisfiable hunger. 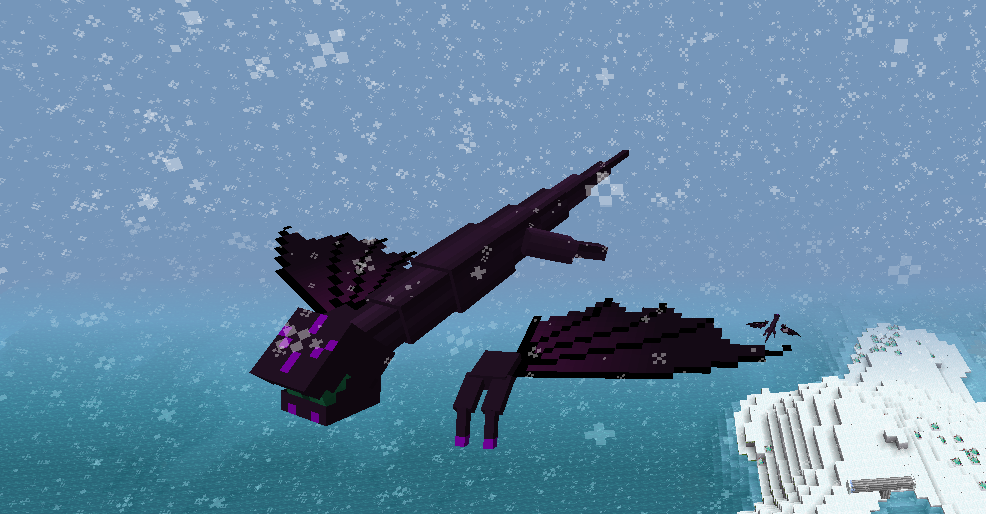 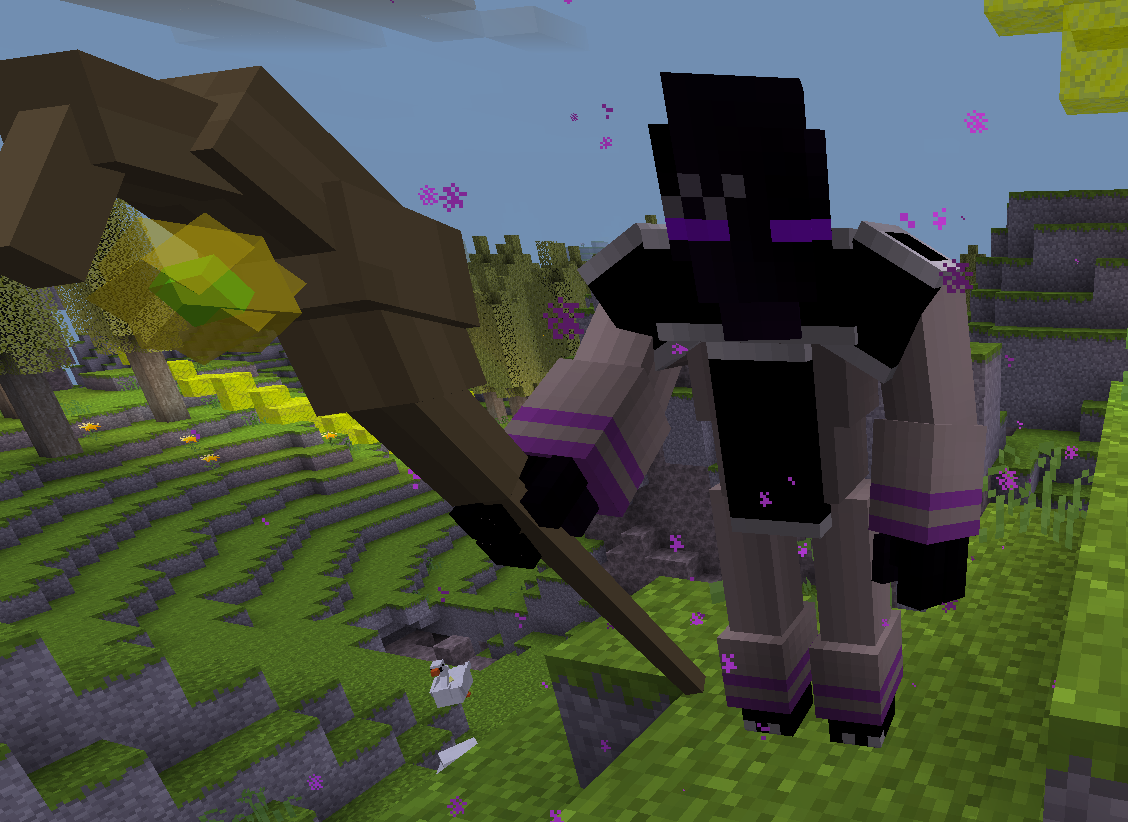 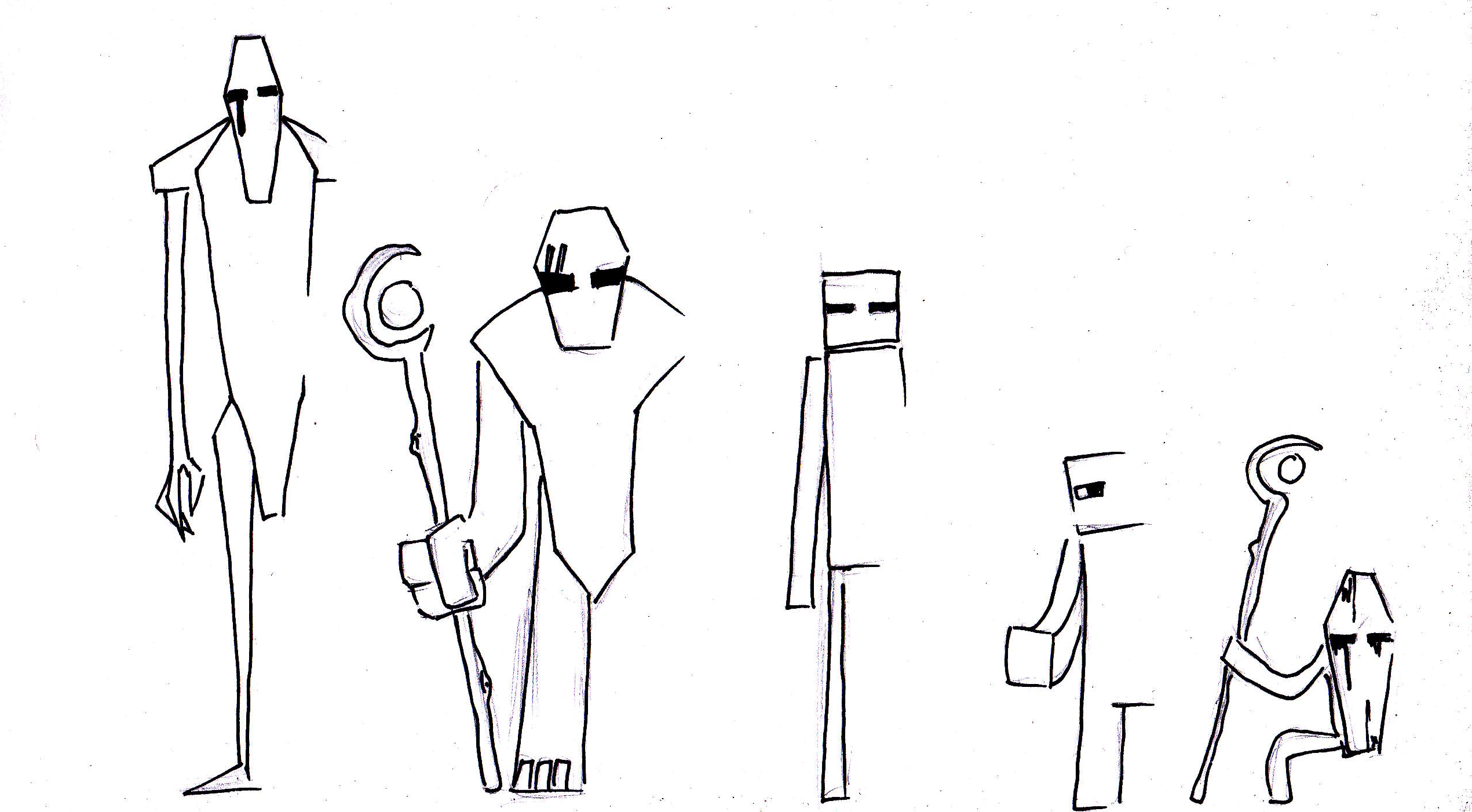 With massive efforts from the heroes of Elysium and the gods combined, they managed to weaken the fallen ones and transport back everyone to the Elysium.”

Being chosen Heroes, living the way of the gods for so long changed them permanently. They couldn’t die any more, and with their corrupted energy crystal they could only suffer from the void within.

A special prison was built for them spanning across the world, reinforcing the divide between heaven and hell once more. Now they must wander there aimlessly reflecting on their actions never to escape again.

The crystals in the walls are to keep them sane from the curse and to ease their pain however little it’s possible.

Since Brian opened the box, he became so powerful that no amount of crystal could calm him. His power completely took control of him. Even the reinforced walls of the Labyrinth couldn’t contain his power and one day he disappeared. His whereabout is to this day unknown.” 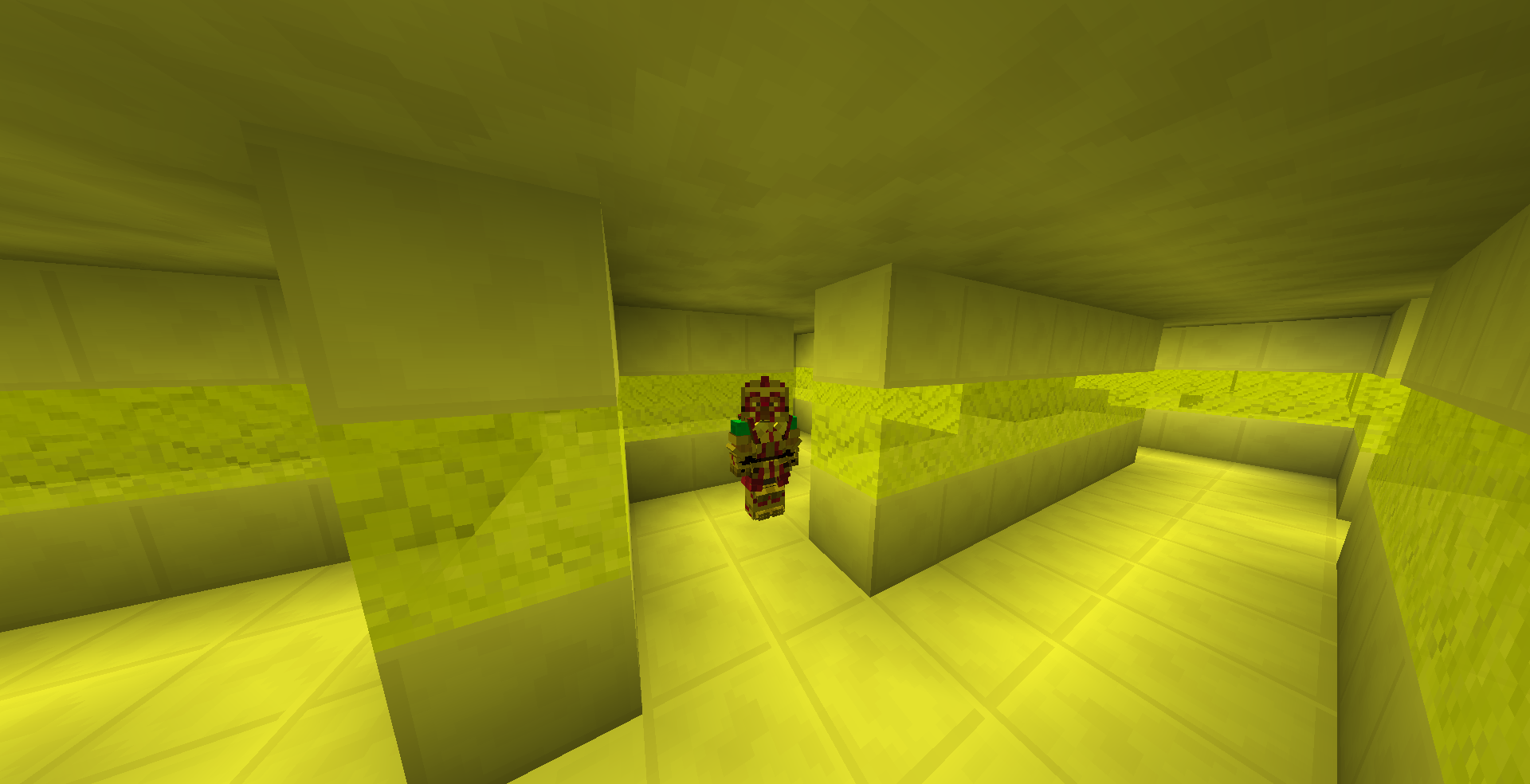 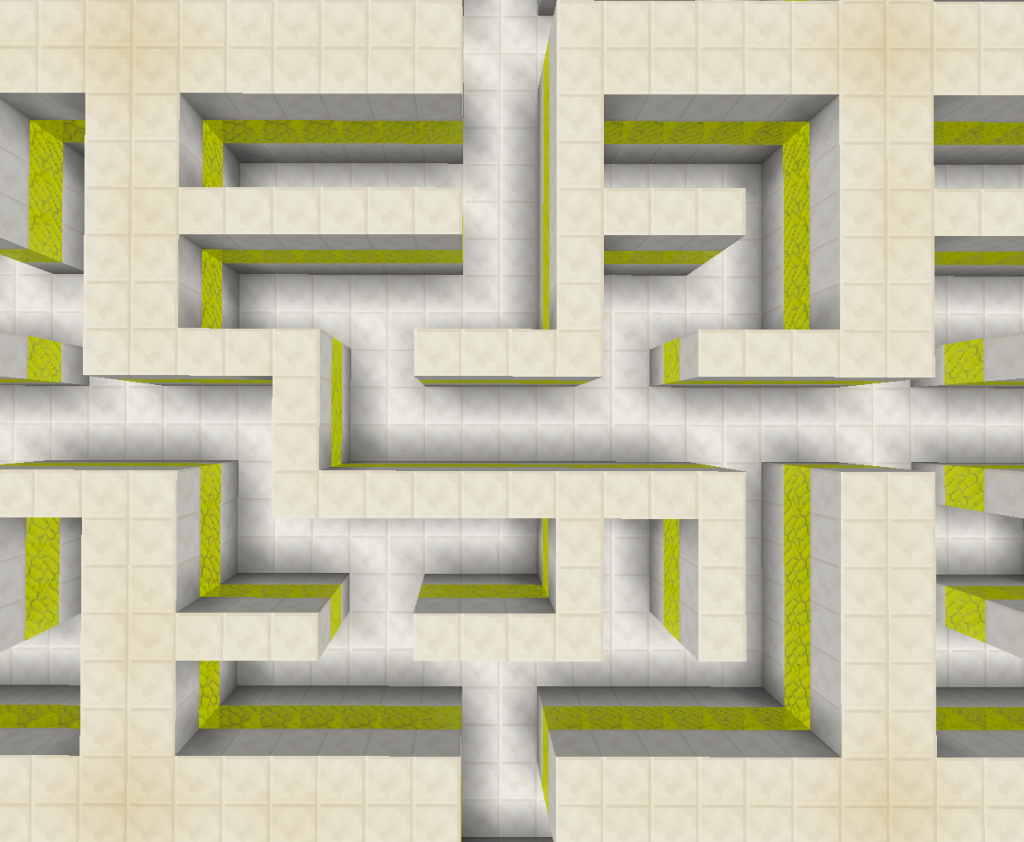 “The question of the mortals remained. They weren’t responsible for their condition but couldn’t live with the others either. For the time being they were roaming the elysian fields looking for ease for their pain.”

“Some people observed that these glowing purple creatures steel energy crystals and form pyramids out of them. ”

“At this time changed the landscape radically and Elysium leapt into a new age. The heroes finally had a reason to fight for.”

“They managed to temporarily grant “life” to inanimate objects, by liquifying the crystals and slowly pumping it in, making matter their tools. They started building many towers spanning across Elysium to keep the Purple people away.” 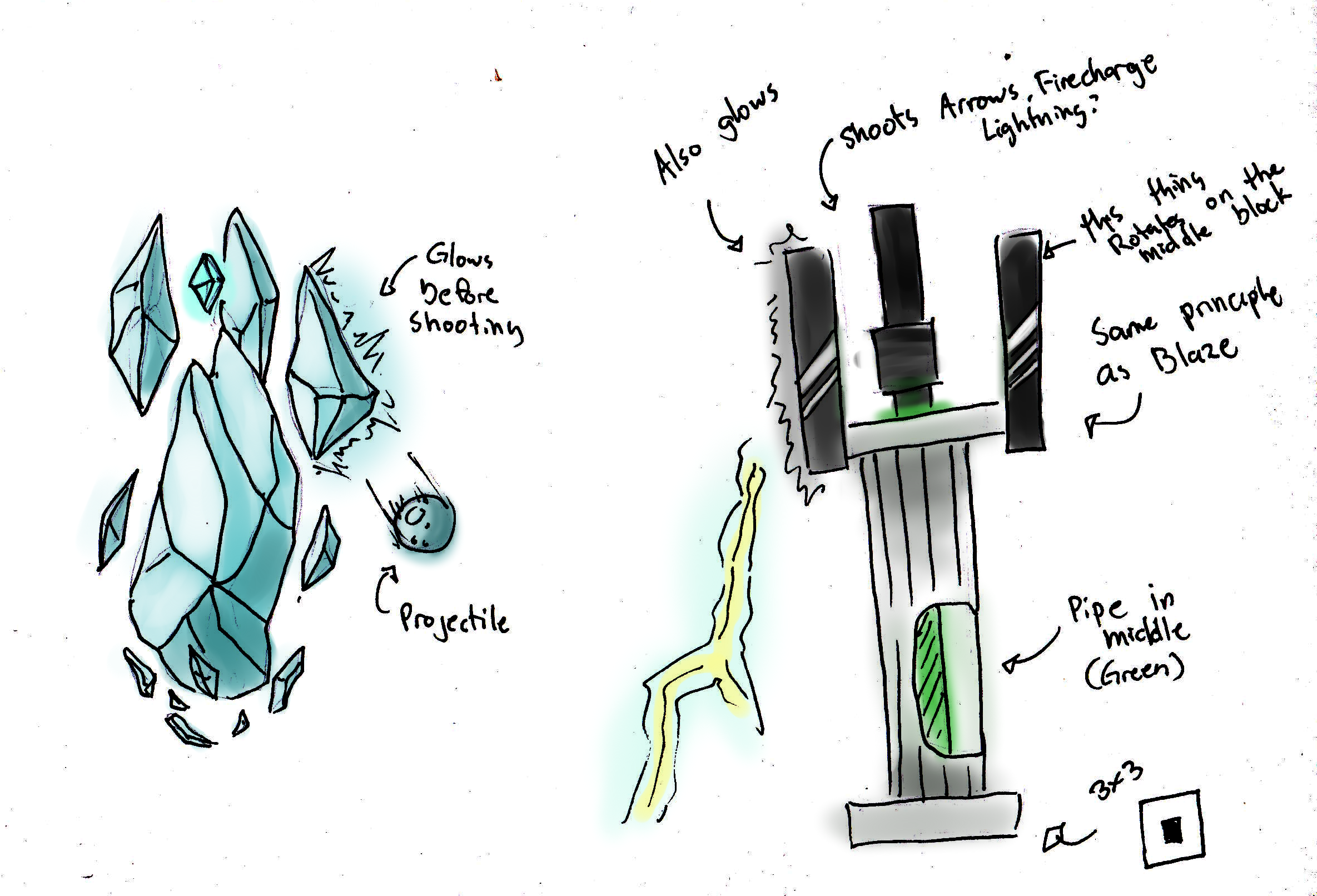 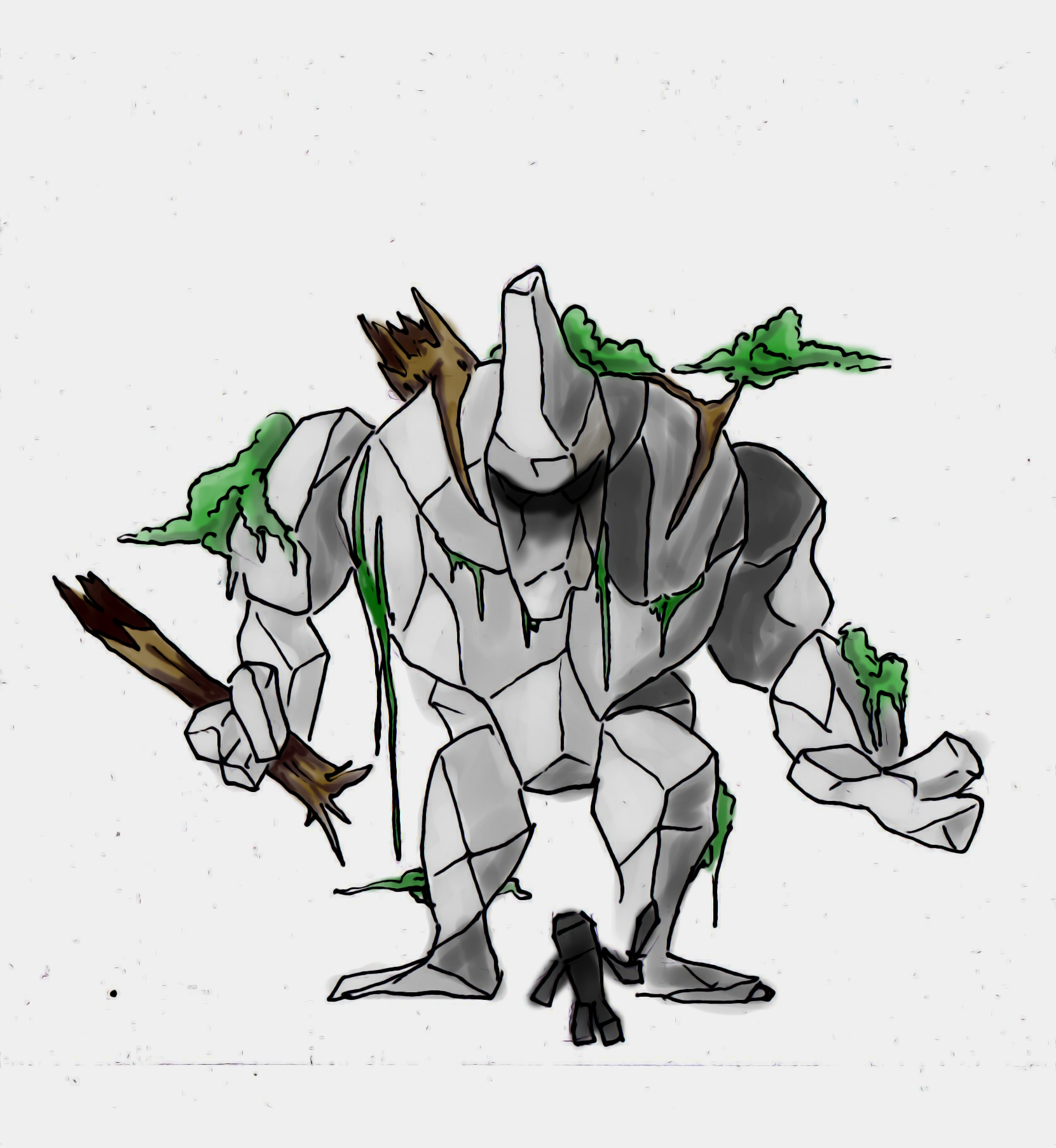 As a result of the towers the Endermen started building islands in the sky where they are out of reach. They occasionally come down from to gather more resources but generally they live peacefully. 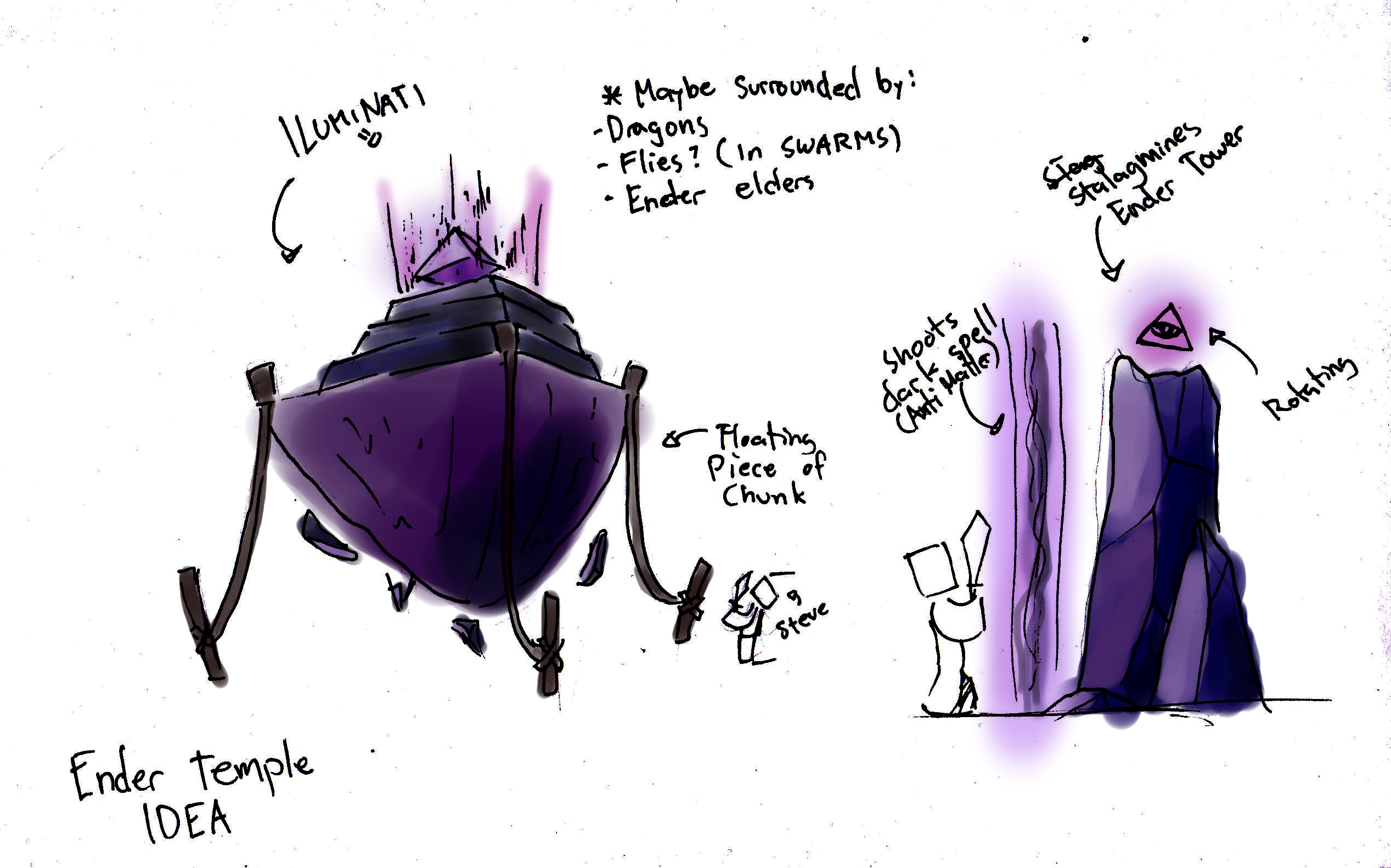 In the end our hero reached his goal… in a way. He unconsciously appears in the mortal world from time to time, his real name forgotten, people just call him…